Two built-in microphones with uplink noise cancellation boost clarity by recognizing your voice and filtering out ambient noises to ensure you sound crystal-clear even in noisy spaces. Stereo calls further enhance call quality by allowing you to hear the other person’s voice in both earbuds.

Graphene-coated drivers oscillate precisely, enabling Liberty Air to reproduce highly-accurate sound. Every detail of the music, from the deepest bass, to the brightest mids, and lush treble is delivered with extraordinary clarity and no distortion. 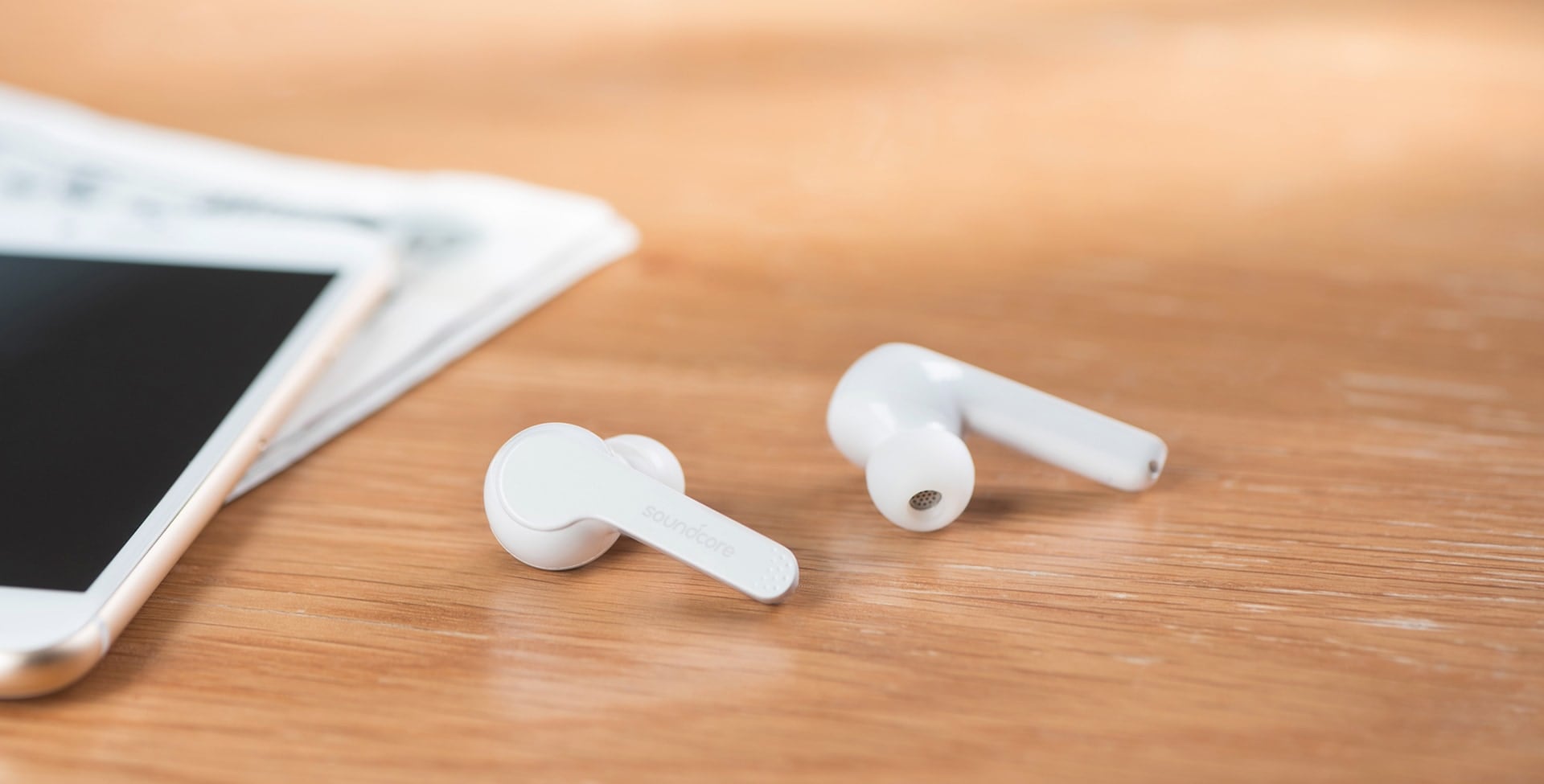 The latest Bluetooth 5.0 technology and a FPC antenna create a rock-solid connection for skip-free music. One-Step Pairing ensures that after the initial setup is complete, Liberty Air will automatically connect to your device the moment it’s removed from the charging case.

A seamlessly concealed sensor in both the earbuds allows you to effortlessly answer calls or adjust music without reaching for your phone.

They do not work. They never worked. At best I would get a few minutes in one ear. This is a terrible product and should be avoided. Amazon---can I please have my $70 back?

When these worked, they were fine. Sound was good and battery life way decent. The controls were a little finicky - they often were activated when I was just adjusting the ear phone but other times would not work when I wanted them to.

The real problem was with dependability. My first pair stopped working in one ear in less than a year. They did sent me a replacement pair, but the second pair stopped working as well. This time, the battery was the issue. It did not hold a charge properly and before long I could only use them for 20 minutes before they went from 100% to dead.

A
Amazon Customer
Most disappointing purchase I've ever made

By far, these earbuds are the absolute worst purchase I've ever made, and the biggest waste of money my impulsive ADHD brain has ever spent.

I purchased 3 sets of wireless earbuds last Prime day for me and my family - 2 pairs Aukey earbuds and this one pair of Anker earbuds.

Well, the 2 Aukeys work just fine! For a full year. Wonderfullly in fact, according to my family. These Anker buds however, which were the most expensive of the 3 sets, are completely useless.

I've now had these little nuggets of garbage for almost a year, and they've never performed to any basic standards of use. Not only are the controls on them just horrible and in no way intuitive, they do not stay in the ear (no matter what size silicone cover you use), and worst of all, they consistently drop connection to my device - even with a nearly full charge, despite their product page boasting a "rock solid" connection. Sure. If by "rock solid" they mean they perform as if they're encased in solid rock and unable to hold a connect to anything around it. In that case, yes! A thousand times yes!

Most often, just one of the earbuds drops the connection (and it's a guessing game trying to figure out which one it will be each day) and then it just will not reconnect. Not without being popped back into the charging case and pulled back out again. But it's not like that actually fixes the issue, no no, the connection drops again a few minutes, or even just seconds, later. It is, by far, the most infinitely frustrating exercise in futility that I have ever experienced.

Anyhow, these Bad Boys of Disappointment have been mainly relegated to my night stand since receiving them, where having only one operational ear bud while I listen to episodes of The Office as I drift to sleep at 2am is something I've come to tolerate as some kind of bedtime torture game.

Until this morning. When I couldn't even make it through washing one small sink full of dishes without the connection dropping and reconnecting 20 times. Standing there fuming, hands covered in soap, unwilling to continue rinsing and drying my hands every 90 seconds just to reconnect these plastic lumps of discontent and regret, I decided that was the final straw.

So now I'm finally caving and buying a new pair. Probably a third pair of Aukeys, but for sure I am saying good bye and good riddance to anything made by Anker.

Very pleased with the product and extra pleased with customer service by seller.you can contact them if anything wrong with the earbuds within warranty period, satisfaction is guaranteed!

Long term review, after a year or so of very light use the right earbud is just dead all the time lasts about three minutes. I was surprised and disappointed. I am writing this review before I shop for replacements.