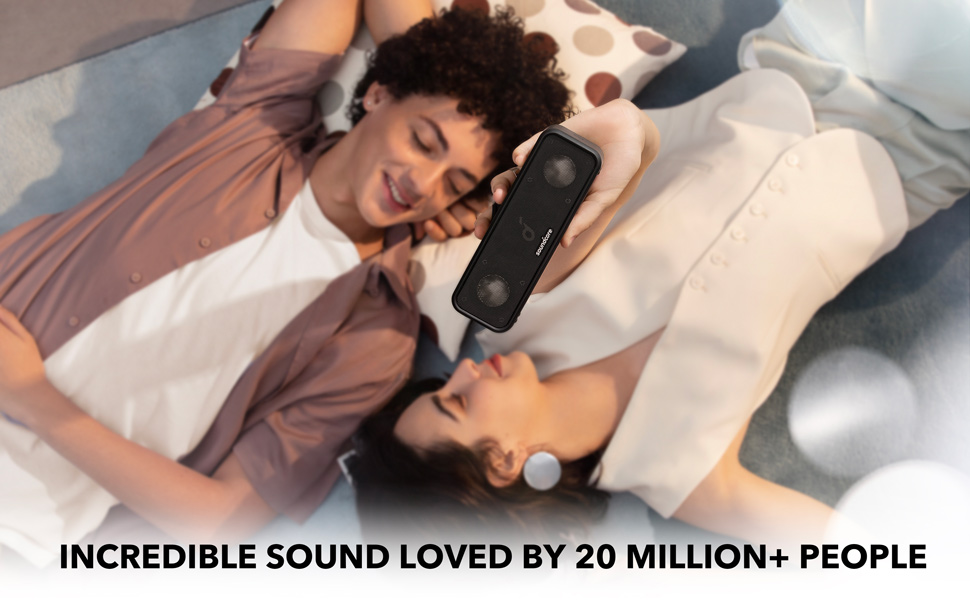 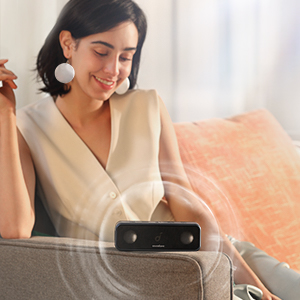 In addition to the dual passive radiators, our exclusive BassUp technology has been upgraded so that it strengthens bass in real-time, even at low volumes. 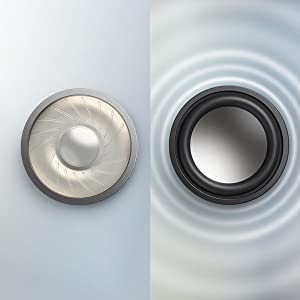 Ordinary Bluetooth speakers use plastic drivers, whereas Soundcore 3 utilizes 100% pure titanium ones that are far more rigid. The resulting sound has treble that stretches all the way to 40kHz and enhanced clarity. 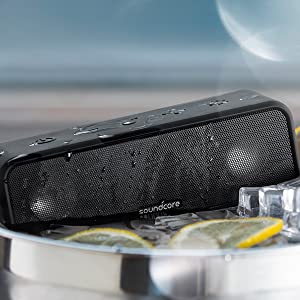 Perfect for listening anywhere where liquids are within reach—the waterproof casing protects the internal components of the speaker. 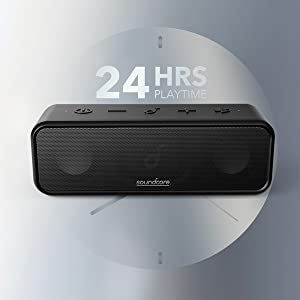 Listen to your music and playlists for longer between charges thanks to Soundcore 3’s extended playtime. 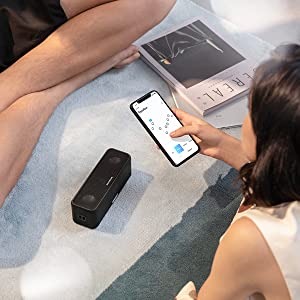 Customize Soundcore 3’s sound by choosing from 4 preset EQ modes or create your own. 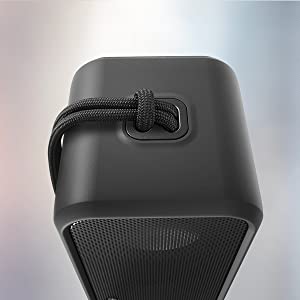 A compact build and a detachable hand strap let you take your Soundcore 3 Bluetooth speaker on all kinds of adventures. 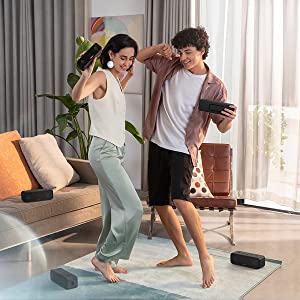 Link 100+ Soundcore speakers with PartyCast compatibility via a single device to sync up music across all of them. 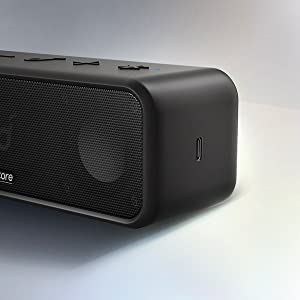 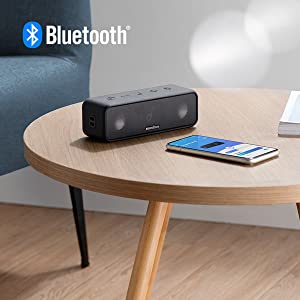 Pros:
- Sound quality is definitely an upgrade, as long as you know how to use the equalizer on the Soundcore App.
- Battery is excellent!
- I love the minimalist design. Microphone is hidden.
- buttons are very tactile clicky ♥
- much more portable than my motion plus
- ipx 7

cons:
- USBC port has no cover, but i can purchase one just to protect it from dust and dirt

This is a super sweet purchase because it sounds really good for the little box that it is and is a terrific speakerphone which was my primary reason for buying it. I had a Big Jambox which is also a great speakerphone, but it was too big for my home office desk and it needed a dedicated charger which is a big brick where the SC3 has a USB C port to charge it. I tested a couple smaller units notably the JBL Go2 (Which is a terrible speakerphone) but was pleasantly surprised by the Soundcore3 as they don't really advertise the microphone or how well it works. You can use the app to tune for voice frequencies so the voice quality is very good and the microphone works very well my voice quality is reported as very good. I do have a couple of negatives, 1) It DOES NOT MULTIPAIR, in other words it won't pair both my Phone and my PC at the same time which is really disappointing considering this is Bluetooth 5 device and second when I pair it to my phone for some reason it seems to mess with my Liberty headphones when I pair them up after using the SC3, I have to unpair and re-pair the headphones in order for them to work properly which is easily done but super odd nonetheless. Overall this thing won't blow your socks off with volume, but it sounds really good for a small unit and is a great speakerphone, I would highly recommend despite it's shortcomings.

Connects really easily to my B/T Transmitter for use with either TV or computer. I connect this to my TV instead of turning the volume way up, I can really hear / understand the TV programs now.! Also use it to listen to audiobooks overnight, really nice to have a speaker close by. The raised icons are done well & very tactile, easy to locate without looking at them.
Battery life is great, I charge this 1 or 2 times a week depending on how much it gets used, be aware it uses a USB-C connection at the speaker. The instructions mention not overcharging once it indicates the charge is at 100%. I would buy this Anker / Soundcore product again for similar uses

B
BP
Sound upgrade from soundcore 2

Lost my soundcore 2 (my kid hid it and forgot where) so picked this up. Much better sound. However it’s near impossible for a phone to disconnect unless I press “forget this device” - the soundcore 2 was not so possessive. I have since found the hidden soundcore 2 so I use that and my wife uses the soundcore 3 and all is good.

If you have the choice, get the soundcore 3. The sound really is that much better. I also prefer the usb-c charge connector on the 3.